This week, we remember the past to build a better, safer, tomorrow, and celebrate the Ottawa-Carleton District School Board's recent stand against antisemitism.

Read on to learn more! 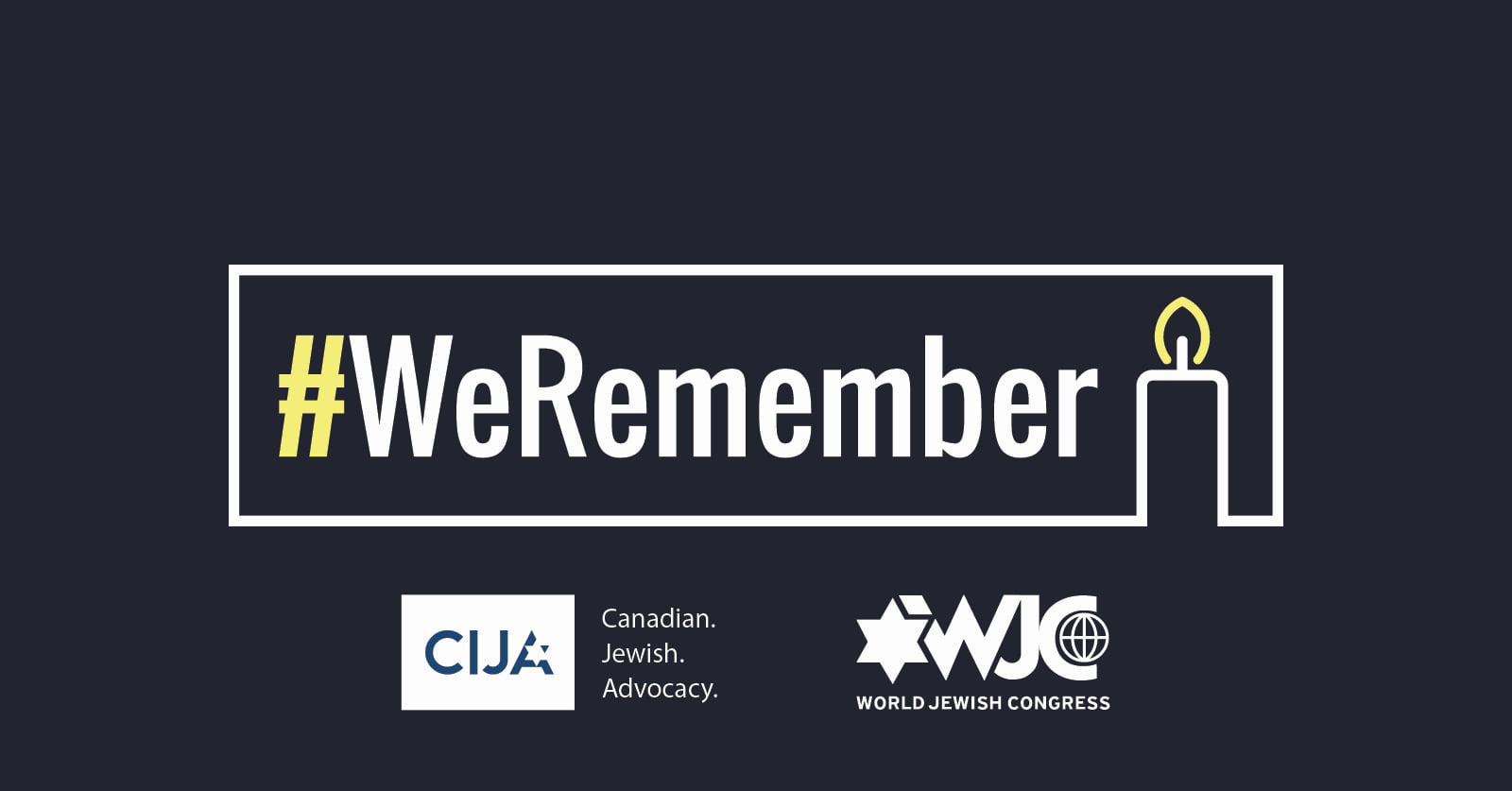 Six million Jewish children, women, and men were murdered by the Nazis during the Shoah. Join us to make sure that the #Holocaust is never forgotten by supporting the World Jewish Congress’ #WeRemember social media campaign for International Holocaust Remembrance Day on January 27.

Until January 27, post a photo on your socials of yourself holding a #WeRemember sign (download it here) with the hashtag #WeRemember. Tag @cijainfo and the World Jewish Congress so that your post is displayed at Auschwitz on January 26 and 27.

Please share information about #WeRemember with your friends and family. 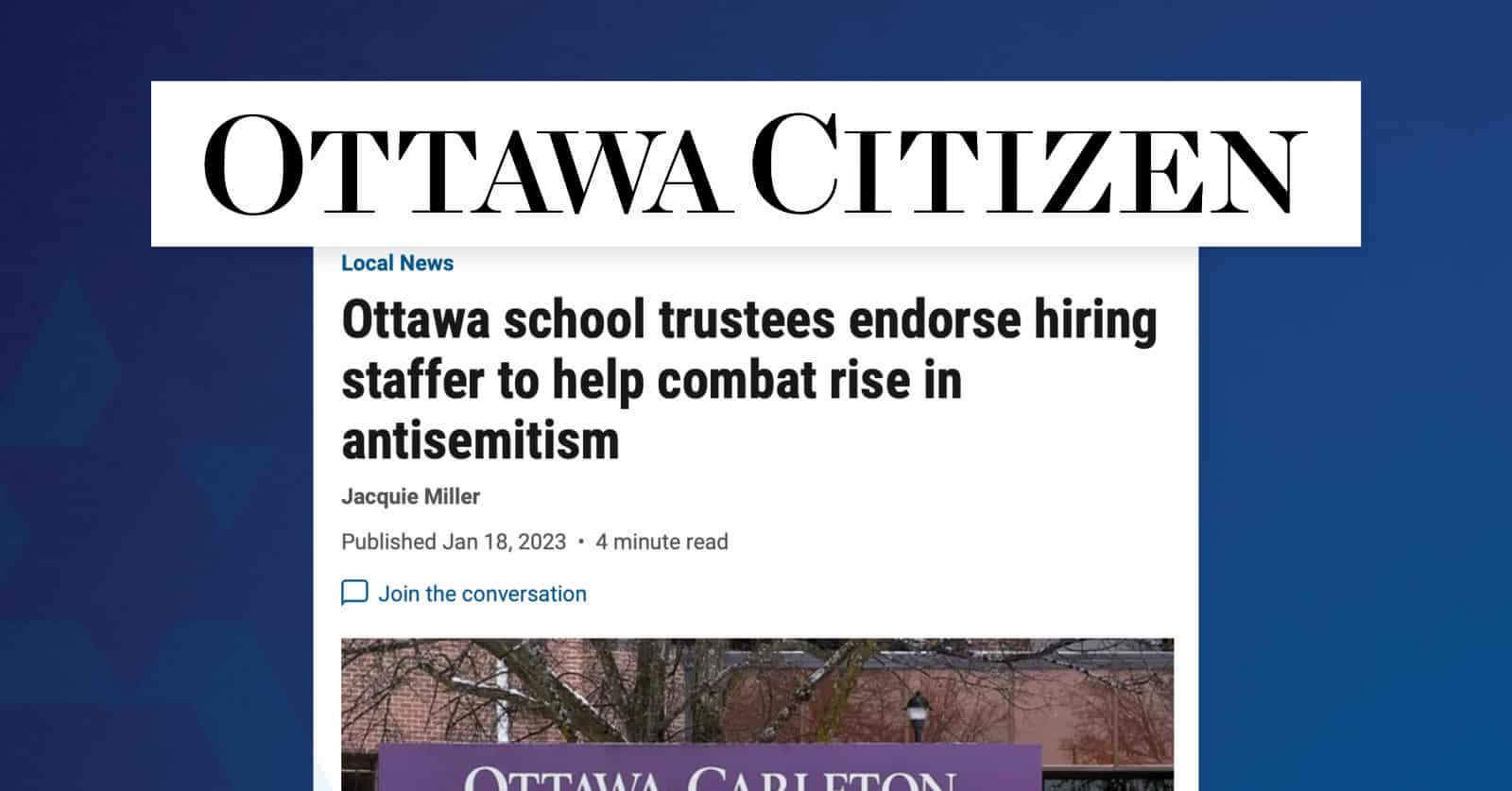 CIJA joins the Jewish Federation of Ottawa in applauding members of the Ottawa-Carleton District School Board (OCDSB) for voting unanimously to hire a Jewish Equity Coach.

“This board sent a very strong and powerful message to the Jewish community and the entire community in Ottawa that this hate is not going to be tolerated,” said Andrea Freedman, President and CEO of the Jewish Federation of Ottawa 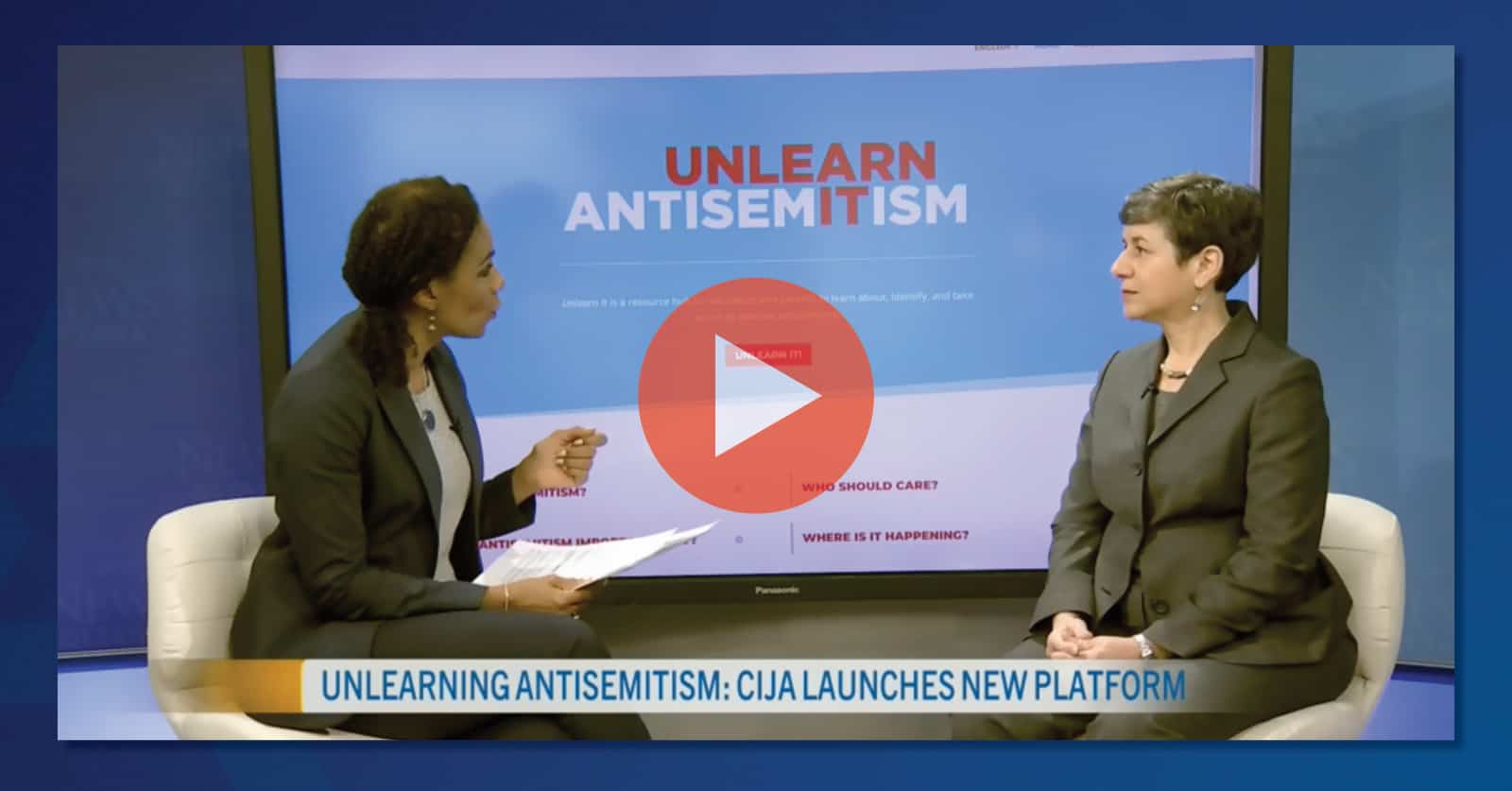 Andrea Freedman, President and CEO of the Jewish Federation of Ottawa, spoke with CTV News about the dangers of rising antisemitism and how CIJA’s new  online platform Unlearn It can help educators and parents learn about, identify, and address antisemitism.

This project was developed in partnership with the Toronto Holocaust Museum and Facing History and Ourselves.

CIJA in the News

Tensions are rising again between Israel and Palestine. Will violence increase? (Global News)