Today is the start of Holocaust Education Month.

Never again is a practice. A commitment. A promise to future generations.

As we commemorate Holocaust Education Month, we honour the memories of those lost in the most horrific event to which the modern world has borne witness. We also honour those who survived the Holocaust and their Descendants.

Fueled by evil and Jew-hatred, Nazis and their collaborators sought to extinguish an entire people. Robbed of their property, humiliated, tortured, starved, raped, and murdered, Jews and many others endured horrors that must never be seen again. By 1945, more than six million Jews had been murdered, and few European Jews survived.

Survivors carried a spark that ignited a torch of memory. Their stories illuminated the darkest shadows, gave hope to others, and called on the world to never forget – and to never again allow such atrocities.

Today antisemitism and Holocaust distortion and denial are on the rise. From coast to coast, online and in person, Jewish Canadians are experiencing a dangerous surge in Jew-hatred. 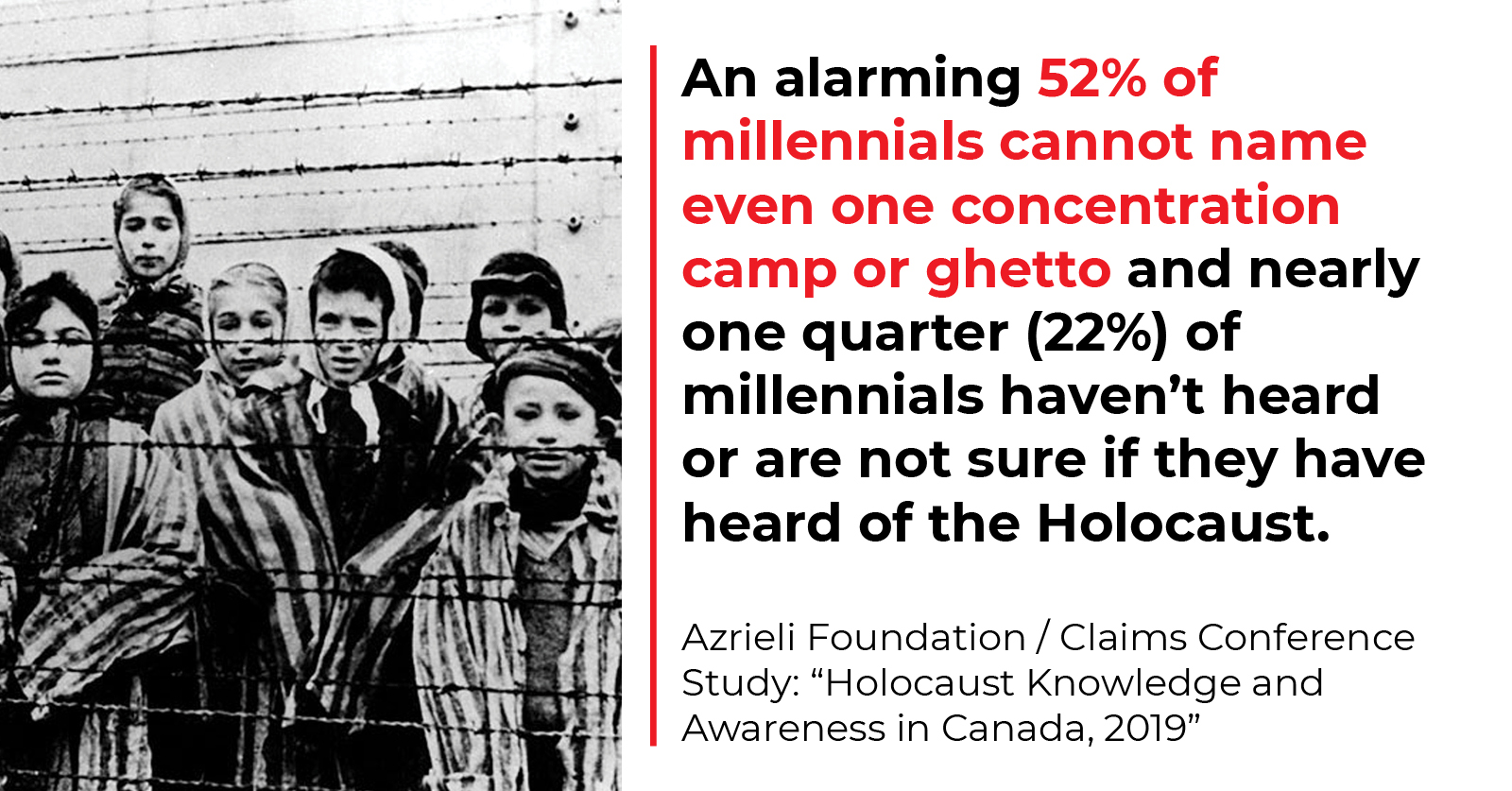 Holocaust education is critical to combat this trend. A survey released by the Azrieli Foundation and the Claims Conference – an organization that fights for Holocaust Survivor reparations – found that, in Canada, 22 percent of millennials have not heard of, or are not sure if they have heard of, the Holocaust. An alarming 52 percent of millennials cannot name a single concentration camp or ghetto. And, as each year passes, we lose more Survivors who can relate their stories first-hand.

Last week, in Malmö, Sweden, we were gratified when Prime Minister Trudeau responded to CIJA’s work on this file by making permanent the role of the Special Envoy on Preserving Holocaust Remembrance and Combating Antisemitism.

However, our work is never complete. To ensure that the horrors of the Holocaust never again happen, it is our duty to remember, educate, and share memories with the next generation.

This year, how will you carry the torch?

The CJHSD was founded in 1999 and is a grassroots organization dedicated to advocating on behalf of its members and represents Canadian survivors at the Jewish Material Claims Conference. The CJHSD is an independent organization affiliated with CIJA.