Update: Situation on the Temple Mount: Weekend of April 15-17

Early morning on Friday, April 15, Palestinian extremists, many with Hamas flags, entered the Temple Mount compound in Jerusalem’s Old City. The group chanted inciting messages, waved banners of those responsible for some of the terror attacks that have plagued Israel in the last weeks, and hurled rocks and launched firecrackers in the direction of the Mughrabi Gate – the only entrance to the compound for non-Muslims – and towards the Western Wall.

These violent acts posed a direct threat to the thousands of worshippers visiting the Western Wall during one of the holiest times of the year – to mark the Sabbath and Passover holiday that were beginning at sundown. The violence of Palestinian extremists also posed a direct threat to peaceful Muslims seeking to visit the Temple Mount for the Friday Ramadan prayers. Responsible for safety and security in the Old City of Jerusalem, Israeli authorities were obliged to intervene to stop those engaging in violence on the Temple Mount to ensure freedom of religion and the safety of all. 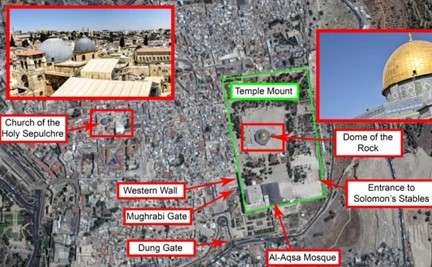 Except from a June 2016 Haaretz article demonstrating the direct risk to worshippers at the Western Wall when rock-throwing on the Temple Mount occurs.

Numerous images of these extremists show them desecrating the sanctity of the Al-Aqsa Mosque by wearing shoes and stockpiling rocks and firecrackers inside. These actions have nothing to do with prayer and defile the site for all those who hold it holy. 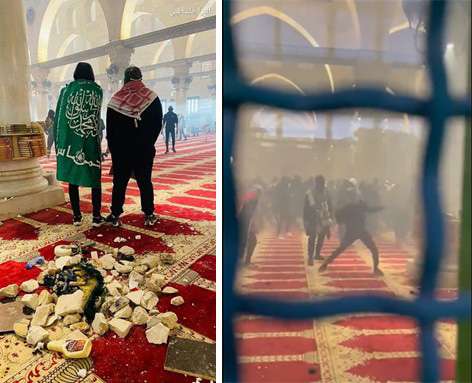 In response to the violence, Israeli police acted to disperse the crowd, remove rocks, and prevent further violence, making approximately 400 arrests. The Temple Mount compound was then opened for prayer, enabling some 50,000 Muslims to enter peacefully for the Friday Ramadan prayers. The fact that so many thousands were able to gather on the Temple Mount, despite the violence that morning that endangered Muslims, Jews, and Christians, all of whom were marking major holidays at the holy sites in the vicinity, was due to Israel’s commitment to protecting freedom of worship for all.

On Sunday morning, Palestinian extremists on several occasions attempted to harm and prevent Jews from visiting the Western Wall for the Passover holiday. A public bus carrying children was stoned and Jewish worshippers were assaulted on their way to the Western Wall.

Israel is engaged in significant efforts to de-escalate the situation and is taking unprecedented measures to promote peace during the coinciding Ramadan and Passover holidays this week, including increasing the number of Palestinian work permits, for those from both the West Bank and Gaza, to ensure these individuals can continue to enter Israel for work despite the heightened security measures. Moreover, Israel is ensuring that Palestinians can travel to Jerusalem for the Ramadan holiday prayers.

In addition, in advance of the Muslim, Christian, and Jewish holidays, as noted in our earlier newsletter, Israel had intensive engagements with Jordan and the Palestinian Authority to ensure a peaceful holiday for all three faiths.

Wave of Terror in Israel

Over the past month, we have witnessed an escalation in terrorist attacks in Israel involving shootings, stabbings, and car rammings that have taken the lives of 14 Israelis, including members of the Druze, Arab, and Jewish communities. We are heartened by the swift response and condemnation of these indiscriminate attacks by the Government of Canada, including by Foreign Affairs Minister Melanie Joly, as well as other members of both Government and Opposition. These attacks have also been condemned by the Palestinian Authority and Arab-Israeli lawmakers.

Just days ago, a terrorist from the West Bank town of Jenin murdered three young Israeli civilians in a shooting at a bar on Dizengoff street in Tel Aviv.

While these terror attacks – which have taken place in the Israeli cities of Beersheva, Hadera, B’nai Brak, and Tel Aviv – appear to be lone wolf radicalized Palestinians, they are clearly inspired by radical messaging. There have also been several stabbings causing fatalities. Extremists also now twice desecrated the religious site of Joseph’s Tomb, a place that Islam, Christianity, and Judaism revere.

These terror attacks have been supported by Palestinian Islamic Jihad (PIJ), Hamas, and other local extremist factions through public statements, celebrations, and on social media. By coupling the recent attacks with this campaign of incitement, extremist Palestinian factions are creating an environment conducive to further acts of terrorism. 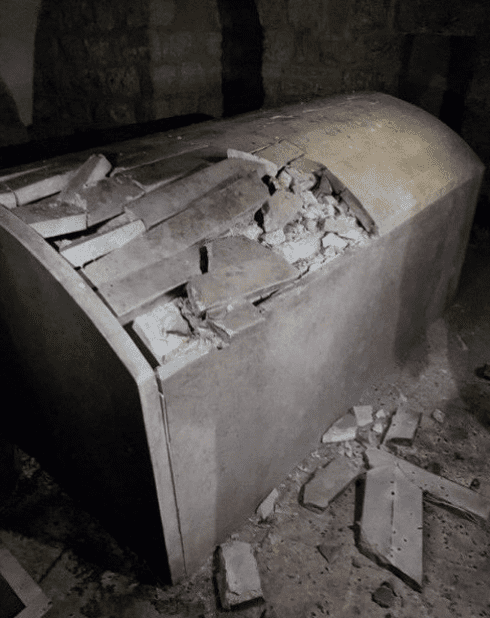 Significantly, Mahmoud Abbas, head of the Palestinian Authority, and Mansour Abbas, the head of the Arab-Israeli Knesset coalition party Ra’am, and other members of Arab-Israeli civil society, have condemned the attacks. Palestinian Authority officials have also noted they are continuing security coordination with Israel and making a significant effort to stop Hamas and PIJ from launching attacks against Israel “because this does not serve the interests of the Palestinian people.”

In addition, influential regional actors including Jordan and Turkey have spoken to their Israeli counterparts and condemned the wave of terror. Jordanian King Abdullah also traveled to the Palestinian city of Ramallah and met with Mahmoud Abbas in an effort to ease tensions and promote peace during Ramadan.

Israel is engaged in significant efforts to de-escalate the situation and is taking unprecedented measures to promote peace during Ramadan, including increasing the number of Palestinian work permits, for those from both the West Bank and Gaza, to ensure these individuals can continue to enter Israel for work despite the heightened security measures. Moreover, Israel is ensuring that Palestinians can travel to Jerusalem for the Ramadan holiday prayers. 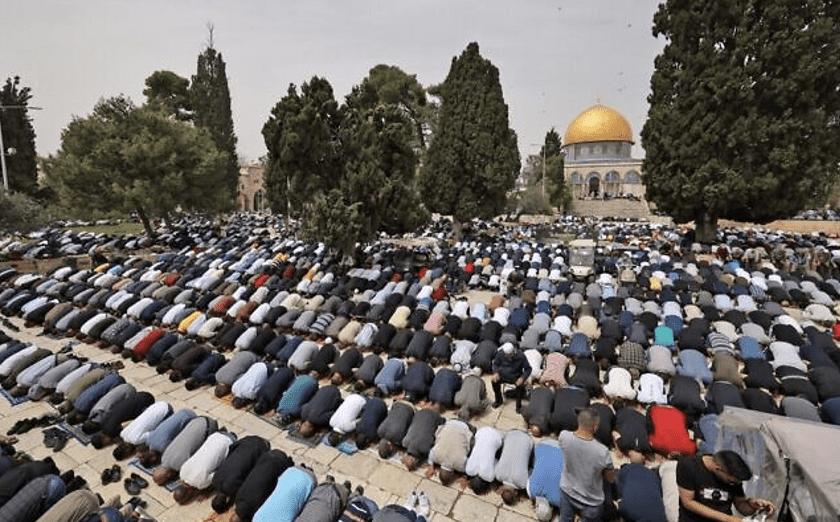 “Palestinians attend afternoon prayers on the Temple Mount, which houses the Al-Aqsa Mosque, in Jerusalem’s Old City, on April 8, 2022, during the first Friday of the Muslim holy month of Ramadan.” (Ahmad Gharabli/AFP)

To ensure the safety and security of civilians, Israel has increased security measures, including making arrests of those planning to carry out attacks and/or supporting the wave of terror.

These arrests are primarily taking place in the West Bank town of Jenin, which while under control of the Palestinian Authority, has seen increased presence of terror groups, specifically the Palestinian Islamic Jihad (PIJ).

We are currently monitoring the situation as there is a risk of escalation by terror groups, including violent confrontations that risk both Palestinian and Israeli casualties. Especially disturbing has been reports of the recruitment and use of child soldiers by these terror groups. There is also a concern among security experts that arrests or casualties among terror groups like the PIJ or Hamas could prompt the launching of rockets from Gaza into Israeli civilian areas, as has occurred in the past during counter-terrorism efforts.

Paradoxically, these horrifying events are taking place against the backdrop of some very encouraging developments related to the increasingly warm relations between Israel and Arab states in the region exemplified by the historic Negev Summit which took place last month and where Israel’s Foreign Minister hosted his counterparts from Bahrain, Egypt, Morocco, the UAE, and the US in the town of Sde Boker, in Israel’s Negev dessert.

Terrorist actors like the PIJ, Hamas, and lone wolf extremists risk undermining the progress being made towards peaceful coexistence in the region between Israel, Palestinians, and neighbouring Arab countries.

We will keep you posted on further developments.

Please contact for David Cooper, Vice President of Government Relations at the Centre for Israel and Jewish Affairs (CIJA), the advocacy agent for Jewish Federations across Canada.