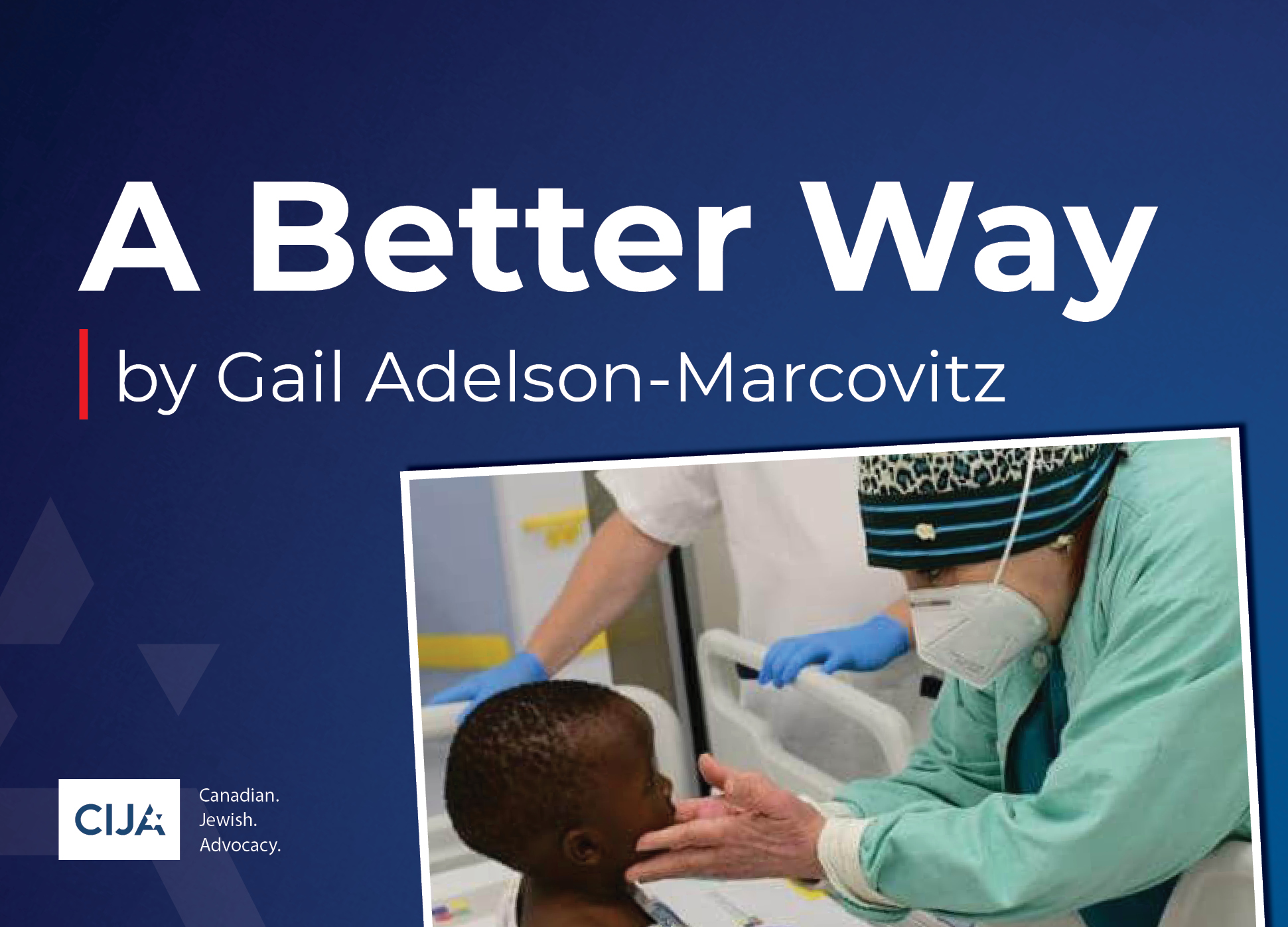 Tonight and tomorrow night, Roger Waters will be performing at Toronto’s Scotiabank Arena. Why is this worth noting? It was not long ago that Waters, a celebrated icon of rock and roll history, emblazoned the Star of David – a universally recognized Jewish symbol – on the side of a giant inflatable pig of all animals, and then dangled that pig over tens of thousands of fans to make a crass political statement. This toxic act of anti-Jewish racism horrified members of the Jewish community, as has Waters’ recent employment of classical antisemitic tropes.

As a Canadian Jewish leader, I know Waters’ actions are deeply troubling to many members of my community. They reasonably expect the institutions that represent them to challenge antisemitism whenever and however it arises. To better understand the situation, I reached out to Larry Tanenbaum who is a member of the ownership group of Scotiabank Arena.

Like the majority of Canadian Jews, Larry and I are proud of our Jewish heritage – including the prominent place Israel plays in our history and tradition – and of the important contribution that our community has been making to Canada for 250 years. And, like the vast majority of Canadian Jews, we are troubled that a popstar of Mr. Waters’ fame has chosen to use his podium to demonize our community.

When I spoke with Larry, he shared my concerns and frankly my anger about Waters’ toxic rhetoric and the role it is playing in the rise of anti-Jewish racism we are witnessing around the world. But Larry is a thoughtful leader and he reminded me that anger is not a strategy. He suggested a better way. While it was clear he objected strongly to Waters’ hateful approach, Larry was even more frustrated by the fact that Waters’ style of toxic activism simply does not work. It does not end conflict; it does not build bridges; it does not bring about change. It is divisive, unhelpful, and moves us further from peace to the detriment of both Palestinians and Israelis. 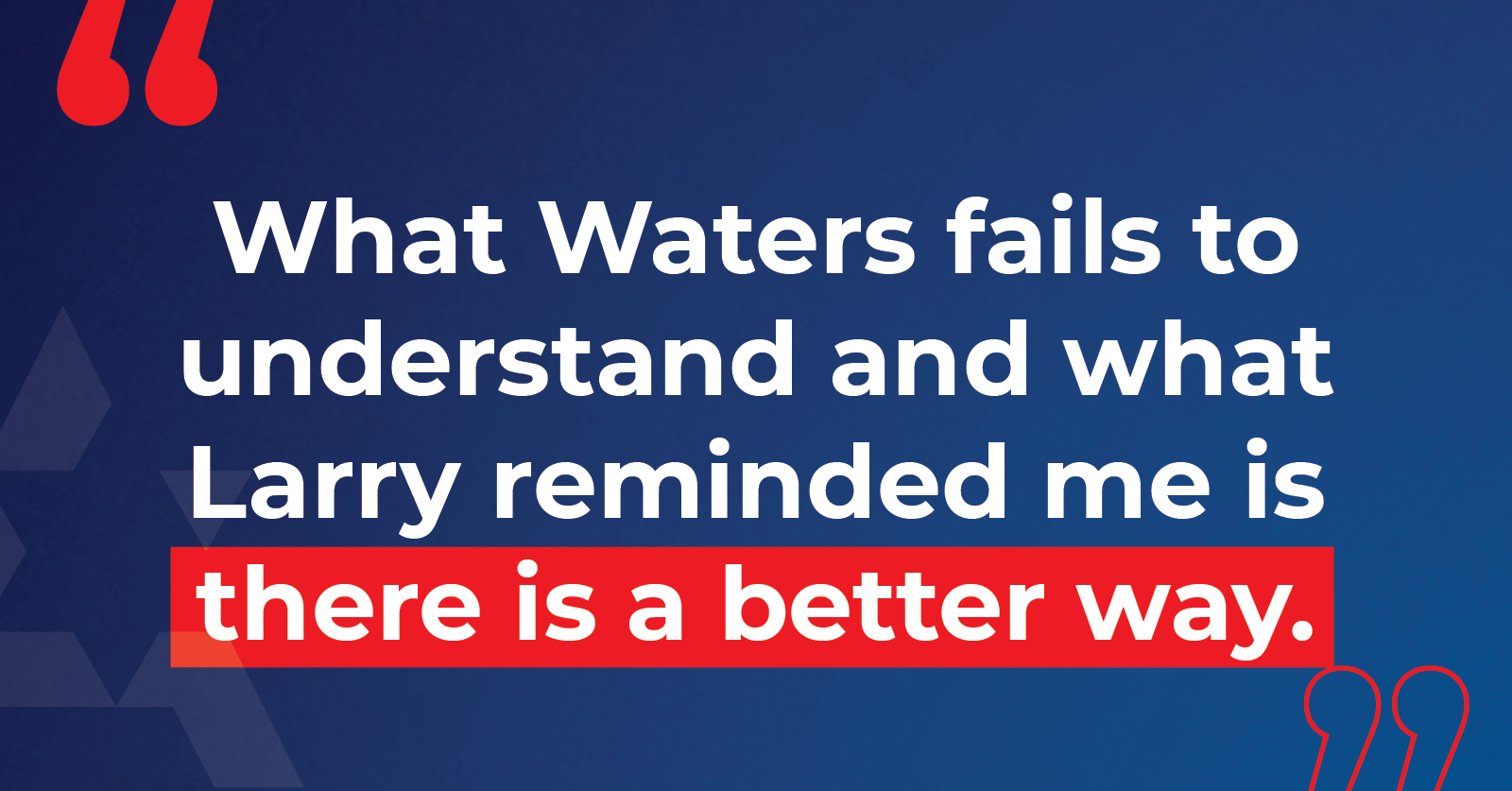 What Waters fails to understand and what Larry reminded me is there is a better way.

That is why Larry quietly decided to invest his proceeds from the concert into initiatives that strengthen ties between Jewish and Arab citizens of Israel. Hand in Hand, for example, is a groundbreaking initiative whose mission is to build partnership and equity between Jewish and Arab citizens of Israel through a growing network of integrated Jewish-Arab schools and communities. These schools, dotted all over the country, are the building blocks of peace.

The Deputy Mayor of Jerusalem, the inimitable Fleur Hassan-Nahoum, reinforced how effective this approach can be when she stated, "In Jerusalem, we have witnessed how investing in our diverse populations helps people prosper for the benefit of all. I am especially proud of the work we have done in supporting our Arab and Haredi female populations through high-tech mentorship and with small business grants. This investment has a multiplying effect.” 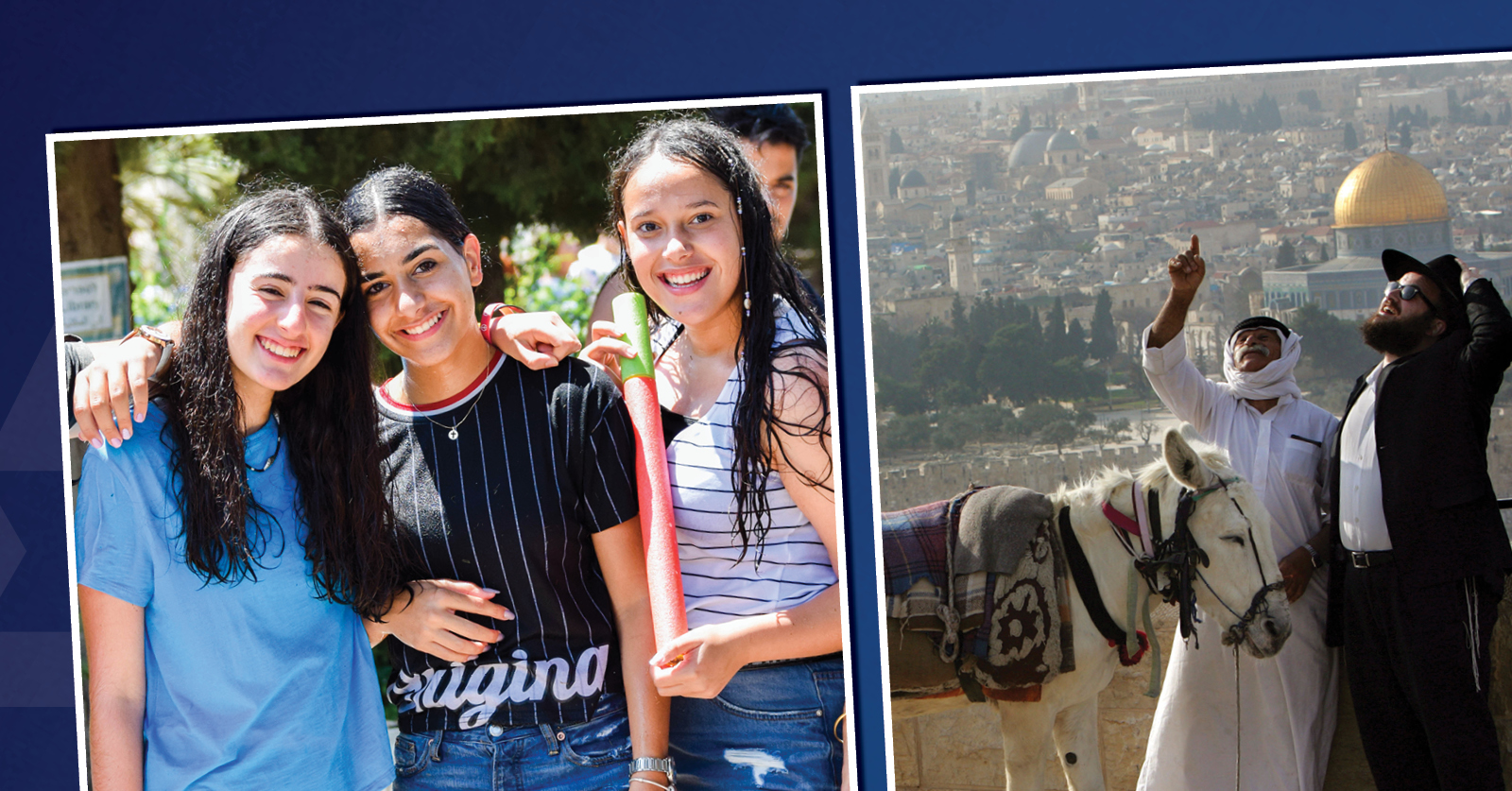 Hand in Hand is one of many initiatives that promote peace. For example, the Jerusalem Foundation supports programs including The Equalizer, which combines soccer practices, study centres, and academic support for Jewish and Arab boys and girls from schools across the city.

But the initiative that really caught my attention is Women Wage Peace whose goal is to ensure women from all segments in society in Israel have the opportunity to participate in the development of an honourable, non-violent, mutually binding agreement to resolve the conflict. 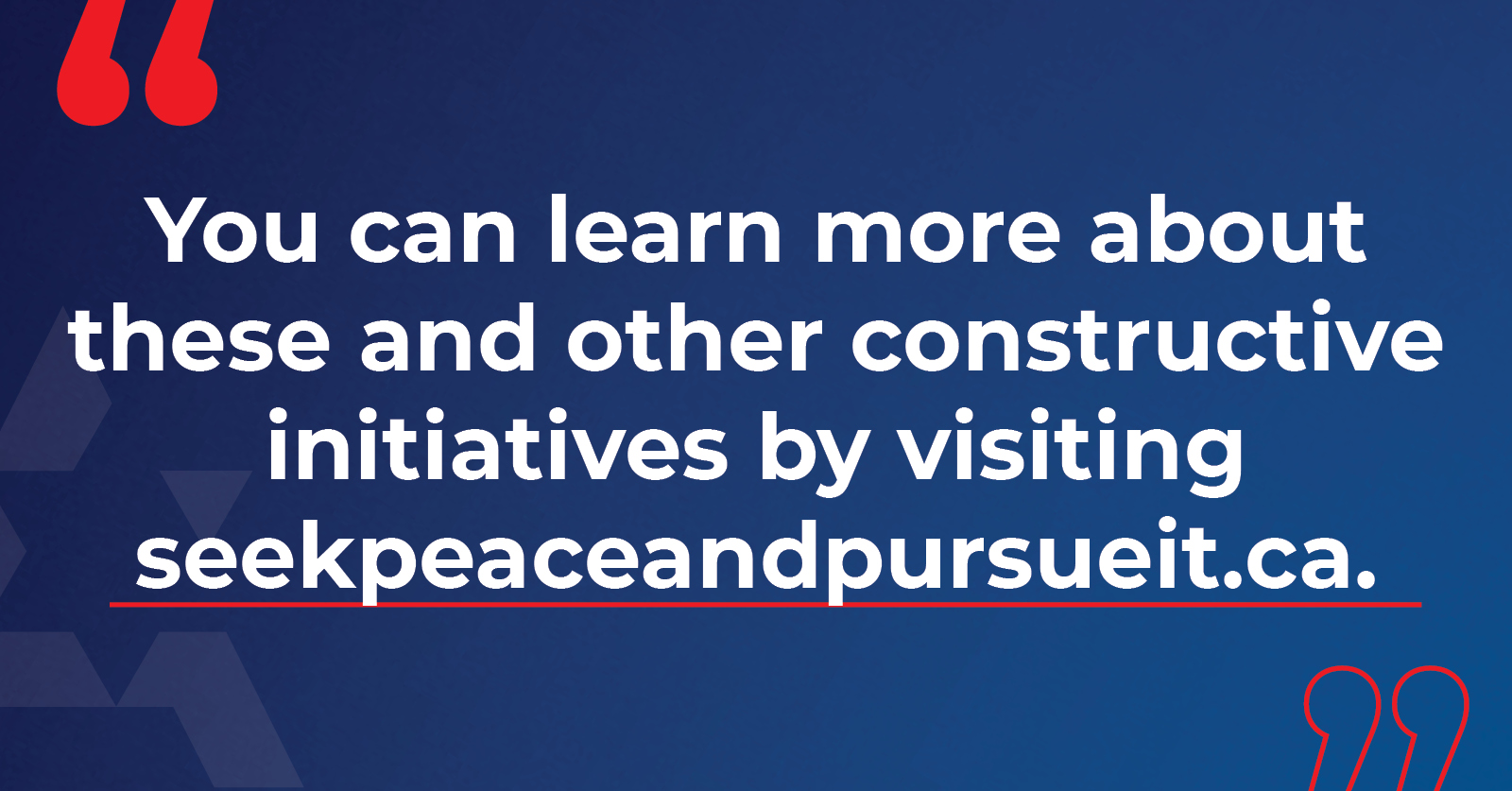 You can learn more about these and other constructive initiatives by visiting www.seekpeaceandpursueit.ca.

Mr. Waters can continue with his divisive, ineffective, toxic rhetoric. The Jewish community and our many allies in the broader Canadian public are choosing a different path that yields more hope, more promise, and more progress.

I invite Canadians who wish for peace between Israelis and Palestinians, between Arabs and Jews, and between people who simply want a better life for their kids to consider supporting an initiative that is dedicated to bringing people together rather than one that drives them apart.

We encourage you to support your local Jewish Federation. Everyday, the leadership, professional staff, and volunteers who form this hub of Jewish life in your community work to deepen ties between Canadians and Israelis and celebrate the central role Israel plays in Jewish life and tradition.