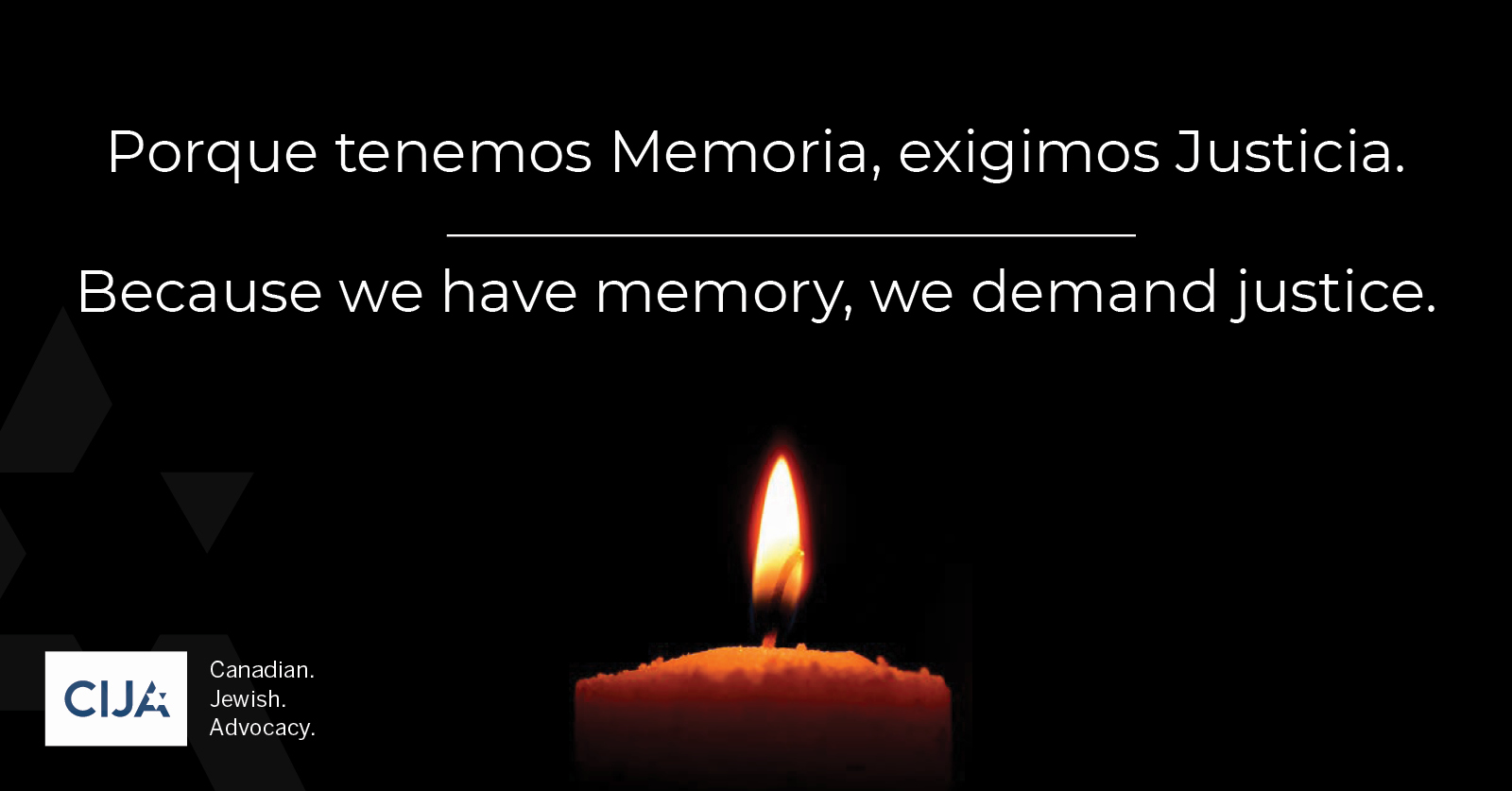 28 years ago today, a Jihadist organization widely held as a front for Hezbollah and sponsored by the Iranian Revolutionary Guard Corps – a branch of the armed forces of the Islamic Republic of Iran – committed the most heinous and deadly attack on the Jewish community since World War II.

On Monday, July 18, 1994, the Asociación Mutual Israelita Argentina (AMIA), the cultural and civic hub of Argentina’s thriving Jewish community, was destroyed by a suicide bomber who detonated a van packed with 600 pounds of explosives. The detonation was seen, heard, and felt for kilometres. 85 innocent people died in the blast or under the rubble, 300 more were injured, and thousands and thousands of others were left traumatized.

Due to a combination of apathy, incompetence, and corruption, no one has been prosecuted for this outrageous crime, denying justice to the victims, their families, and the broader Jewish community. Subsequent thorough examinations of law enforcement and government responses raised serious questions about a cover-up.

It is widely believed that, through its proxy, Hezbollah, Iran was responsible for this act of terrorism. The van driver, found dead at the scene, was a known Hezbollah operative who has since been honoured in his native Lebanon with a plaque celebrating his ‘martyrdom.’

The people of Argentina – and those of us who care deeply about this issue – have been denied answers. The Jewish community in Argentina, which has contracted from 330,000 on the day of the bombing to 240,000 today, remains deeply shaken.

CIJA’s own Nico Slobinsky, Director of our office in the Pacific Region, was a schoolboy on that fateful day, which he remembers well. Those tragic events informed his family’s decision to emigrate to Canada and leave they place they had called home for generations. You can read Nico’s reflections here.

We continue to call on the Canadian government to speak out against the Iranian theocratic dictatorship and demand that Iran and its agents face justice for this heinous crime and for its support of global terrorism, intimidation, and violence. Canada must not yield to pressure to normalize relations with Iran.

Because we remember, we demand justice.

Today and every day we speak for each of the 85 lives cut short by this terrorist attack.