Calgary Jewish Federation, Jewish Federation of Edmonton, and the Centre for Israel and Jewish Affairs (CIJA) celebrate the Government of Alberta’s adoption of the International Holocaust Remembrance Association’s (IHRA) definition of antisemitism by an Order-In-Council announced by Premier Jason Kenney and Minister of Justice and Solicitor General Tyler Shandro on Friday, September 23, 2022.

Ahead of Rosh Hashana, this historic announcement marked the culmination of years of advocacy by Alberta’s organized community representatives, including the Jewish Federations of Calgary and Edmonton as well as CIJA. The decision to ratify the IHRA definition follows the examples set by the UN, the EU, and 30 countries including the US and Canada as well as by the provinces of Ontario, British Columbia, Quebec, and New Brunswick. It signals also that the Government of Alberta recognizes the struggle faced by the Jewish community and that it stands in solidarity against Jew-hatred and all forms of hate.

Send Premier Kenney, Minister Shandro, and the Government of Alberta a note of thanks for adopting this gold-standard tool for defining antisemitism and for their commitment to apply it to government policies and actions. 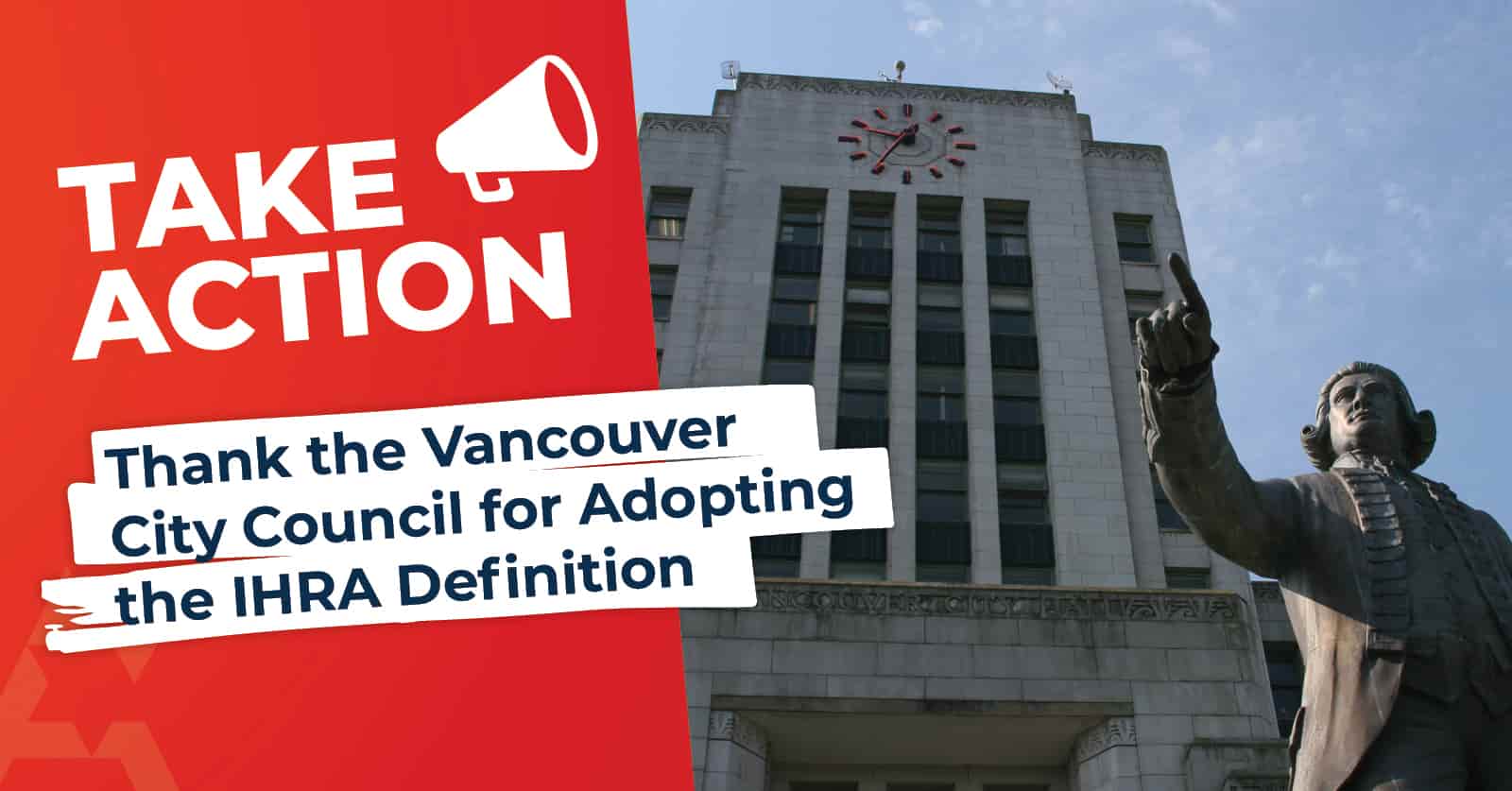 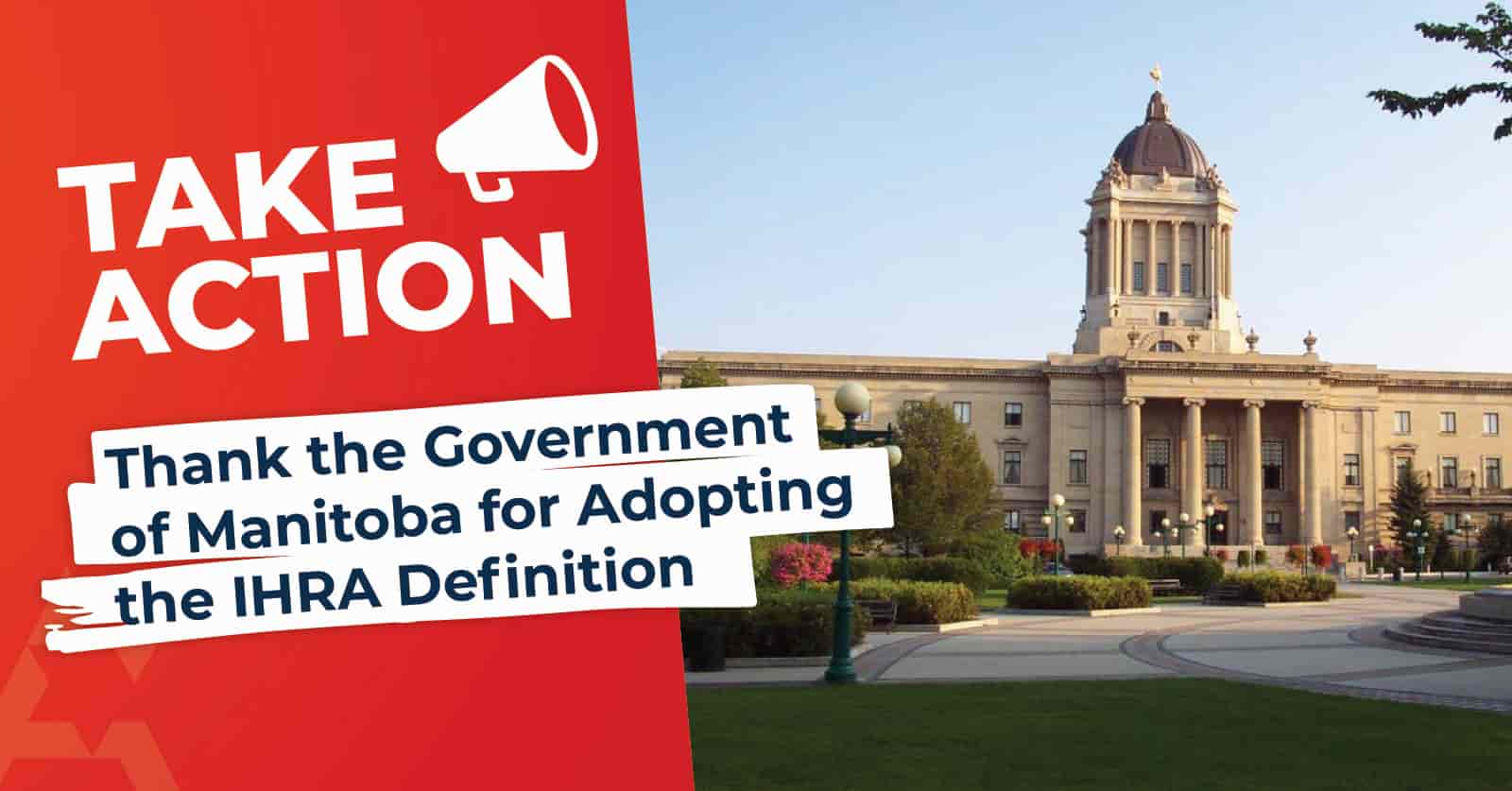 Thank you for standing with the Jewish community against hate! 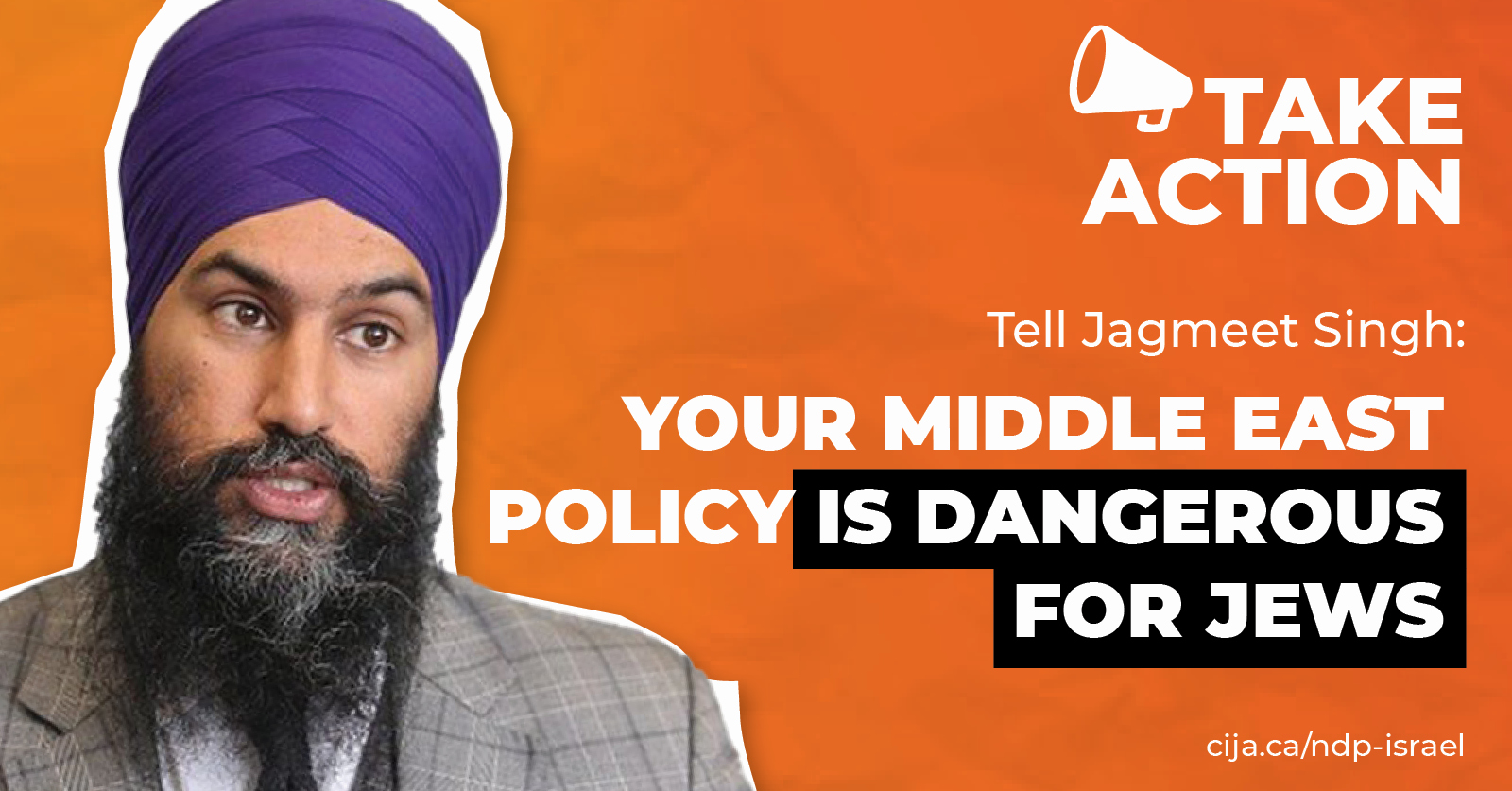