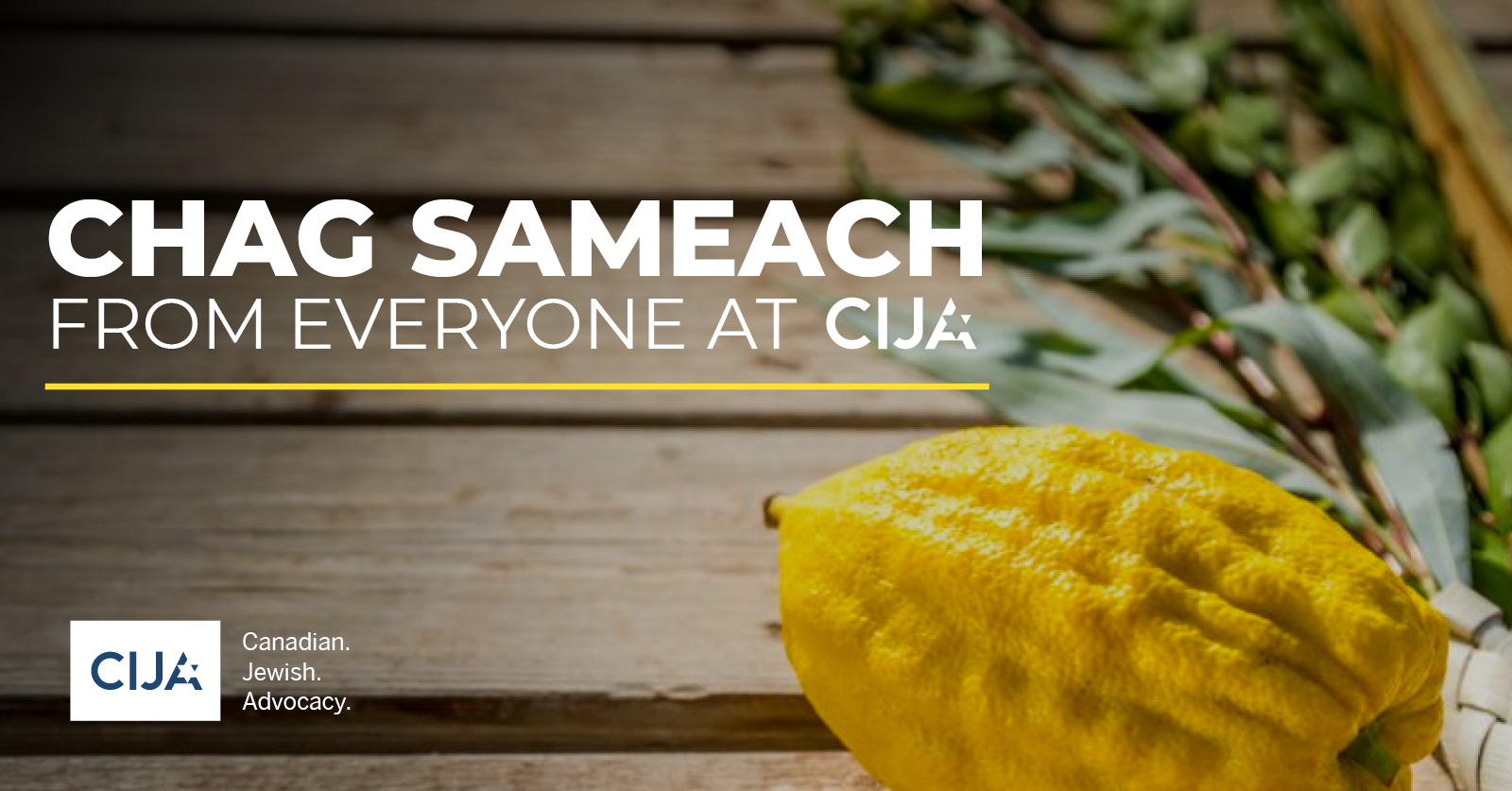 On Sunday at sunset, our community will begin celebrating Shmini Atzeret and Simchat Torah – the last two days of the annual High Holy Day cycle. As most are aware, this year, Shmini Atzeret coincides with the federal election. Over the last twelve months, CIJA has worked closely with Elections Canada to ensure that members of our community were provided with multiple opportunities to cast their ballot in advance of the 21st.

The advance polling numbers suggest that many Canadians, Jewish and non-Jewish alike, took the opportunity to vote early. We commend all those who participated in our democracy.

We would also like to thank everyone who put themselves forward as a candidate. There are few greater expressions of commitment to our country and our democracy than to run for public office.

Because of the Chag, CIJA will not be commenting on or providing an analysis of the election until the evening of Tuesday, October 22nd. As soon as we are back online, we will share our perspective, and we would be very interested in hearing yours.

From all of us at CIJA, we would like to extend our warmest wishes to you and your family.