In early September, we had the honour of hosting a group of dedicated Canadian Jewish community leaders on a CIJA mission to Egypt and Israel. The remarkable trip was an opportunity to deepen our insight into a complex region.

It might strike you as unusual that a Canadian Jewish advocacy organization would travel to the world’s most populous Arab country. If you look more closely, however, you will see that this trip aligns perfectly with CIJA’s mission to preserve, promote, and protect Jewish life through advocacy. 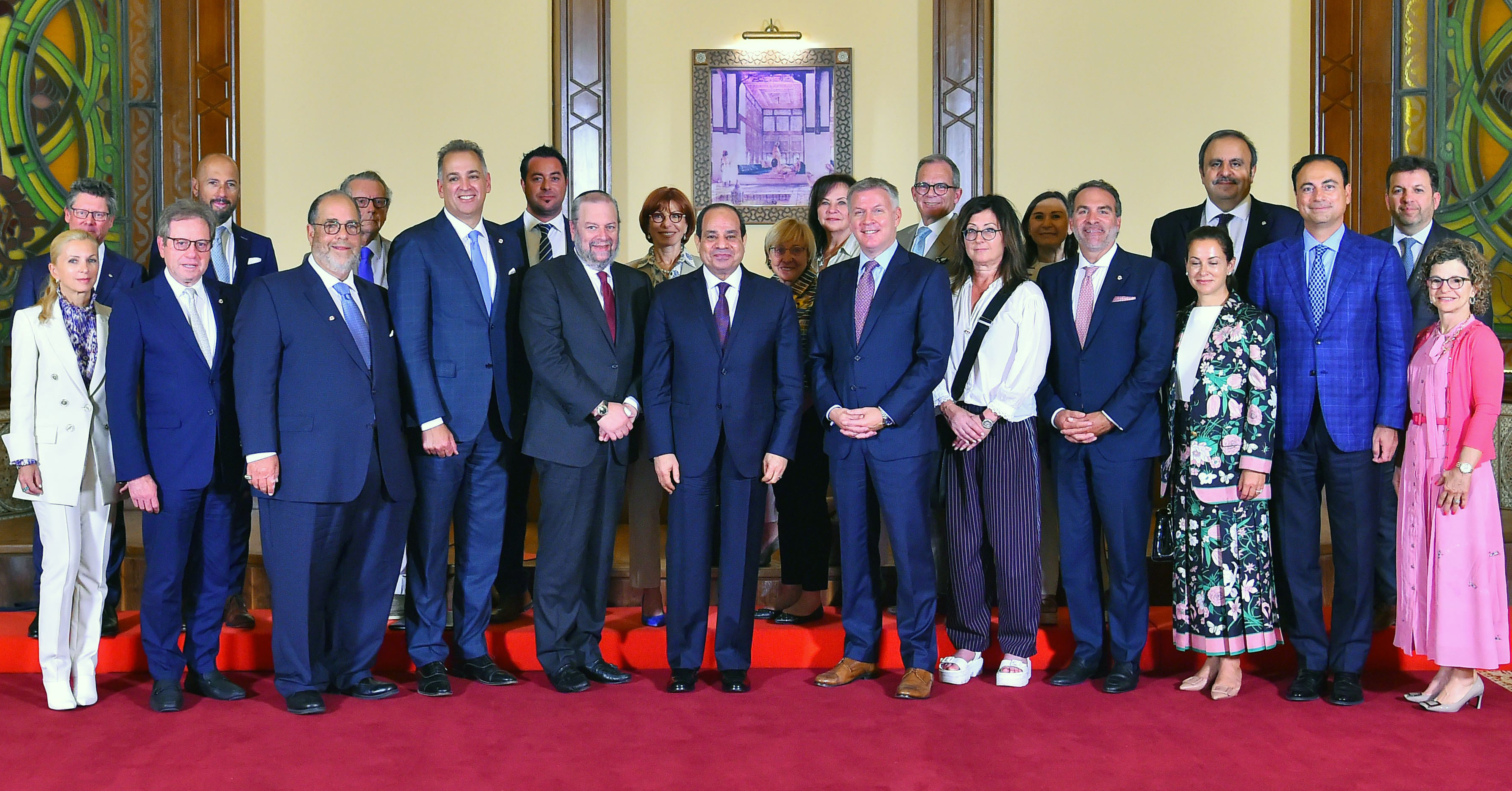 Our visit to Egypt resulted in tangible benefits for our community, including securing from President El Sisi his commitment to “do whatever my government can to facilitate the return of the abducted Israeli soldiers held by Hamas to their families”; his pledge “to restore and preserve Jewish heritage sites in Egypt”; and a promise from his most senior officials to explore ways to deepen economic ties among Canada, Israel, and Egypt, which would, in turn, strengthen the all-important people-to-people connections that energize international connections and promote lasting peace.

When we returned to Jerusalem, we met with Israeli President Reuven Rivlin who emphasized the strategic value to Israel of our visit to Egypt and thanked the delegation for our efforts. While in Israel, we also engaged Israeli leaders across party lines and, during those meetings, discussed the vital need for Israeli-Diaspora Jewish unity, the importance of policies that advance religious pluralism in the Jewish state, and how Canada might help address Israel’s challenging security predicament.

And, to be frank, there was is an additional level of benefit that accrued to CIJA and our constituents. Such experiences demonstrate that CIJA is an organization whose voice is widely respected within the political sector in Canada and abroad. Those perceptions enhance our ability to drive the Canadian Jewish community’s advocacy agenda forward, whether on issues related to Israel or domestic public policy. 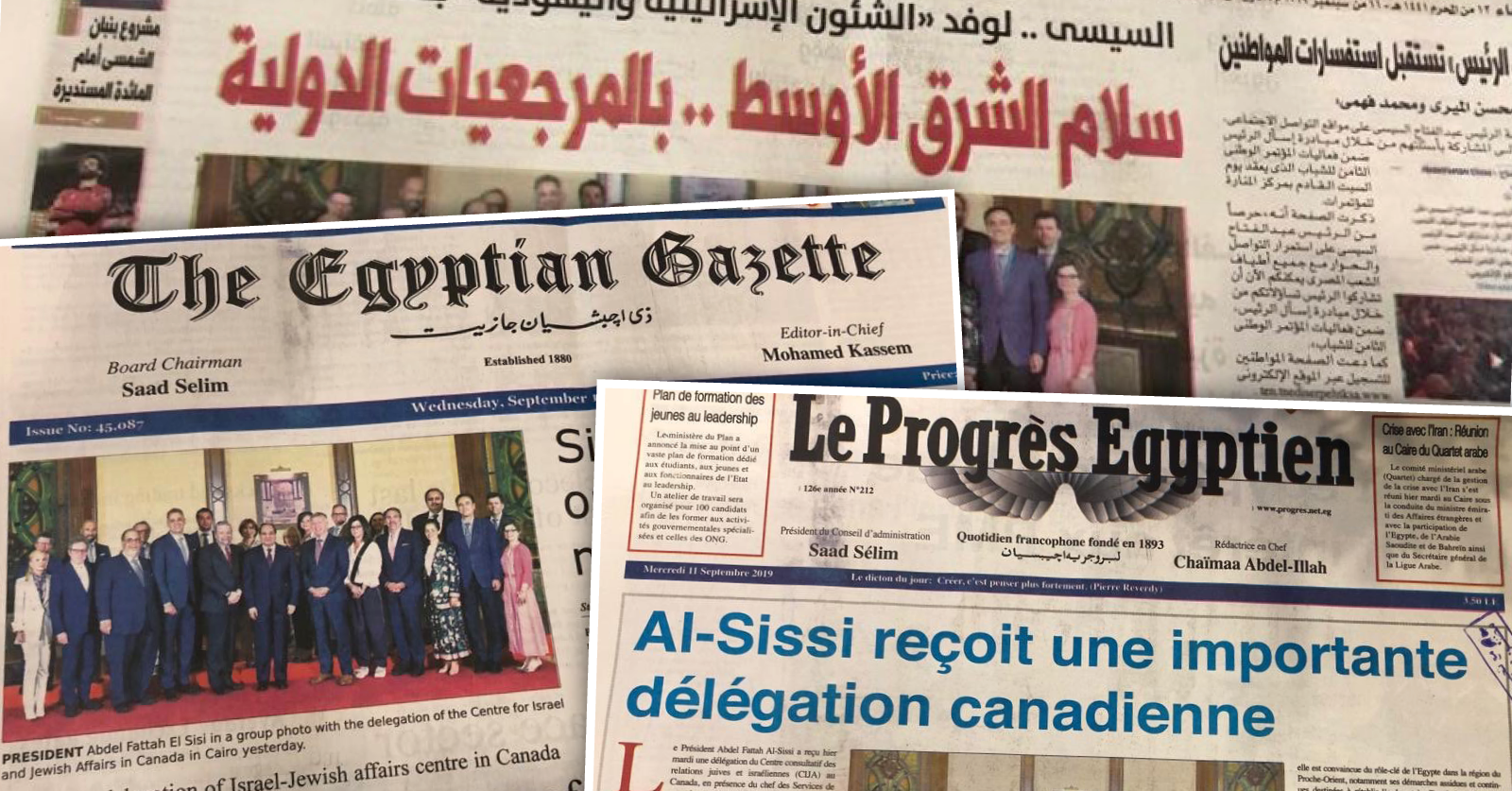 For a fuller account of the trip, we invite you to read our thoughts in theCanadian Jewish News.

Rosh Hashanah is a time for spiritual reflection and teshuva for our shortcomings. It can also serve as a collective reminder that the Canadian Jewish community has responsibilities to broader society and to our Jewish family globally.

Our mission to Egypt and Israel is an example of our advocacy transcending borders. These discussions benefit not only Canadian Jewry but also our Jewish brothers and sisters worldwide. As a loyal CIJA supporter and constituent, you are connected to something consequential for our community.

As we reflect on the year that was, particularly the advocacy undertaking in which we are all engaged, we rededicate ourselves to advancing the objectives of the Canadian Jewish community – and we invite you to join us. As the shofar sounds this holiday season, we encourage you to reflect on how you think you can contribute to Canadian Jewish advocacy.

L’Shana Tova U’Metukha. May you and your loved ones be blessed with a sweet and prosperous New Year!