“We are deeply concerned by the growing number of antisemitic incidents being reported across Canada in connection with the conflict in Israel and Gaza. In addition to reports of violence taking place during rallies and demonstrations – such as when supporters of Israel at a peaceful rally were pelted with rocks – we have seen a troubling new threshold breached.

“There are reports from Toronto, Montreal, and Edmonton of anti-Israel protestors entering Jewish neighborhoods and aggressively harassing residents and vandalizing Jewish property. These include anti-Israel activists shouting at Jewish residents, waving Palestinian flags, and yelling slogans such as “Death to Israel”. In several instances, these activities have been actively promoted on social media.

“This is not happening in a vacuum. There are reports from the U.K. of anti-Israel youths driving through Jewish neighborhoods using a megaphone to call for the “murder and rape” of Jewish women and girls.

“Like all Canadians, the Jewish community values the right to free expression and the right to peaceful protest. When that crosses over to hate speech, threats, and violence it must be stopped and condemned by civil society and political leaders alike. We welcome the statements made by Prime Minister Trudeau, the Leader of the Official Opposition O’Toole, Premiers Ford and Kenney, Minister Lecce, Parliamentary Secretary Housefather, Minister Charette, Mayors Tory, Iveson, and Plante, and others we may have missed.

“Canada was, in significant part, built by people who fled violence occurring in other parts of the world. We do not want, nor should any Canadian accept, the importation of overseas conflicts to Canadian soil. While every member of Canadian society has a right to demonstrate peacefully in a non-threatening manner consistent with Canadian values, threats to other Canadians and hate speech are unacceptable.

“We know that the vast majority of Canadians reject hatred and violence, and for that we are grateful.

“To be very clear, we condemn all violence taking place in Canada related to the conflict between Israel and the terrorist organization Hamas, regardless of who is perpetrating it. We denounce unequivocally any action that provokes or inflames the situation any further.

“We call on the leadership of civil society to unequivocally condemn antisemitic violence, demand calm from their community members, and do everything possible to encourage public order.

“Canadian media must cover this aspect of the story unfolding in Canada. We express our gratitude to law enforcement for their significant efforts to keep our community safe, and we call upon them to continue enforcing the law in the face of this troubling situation.

“Canadian elected officials from all three levels of government must continue to condemn antisemitism and hate, for the good of all Canadian society.” 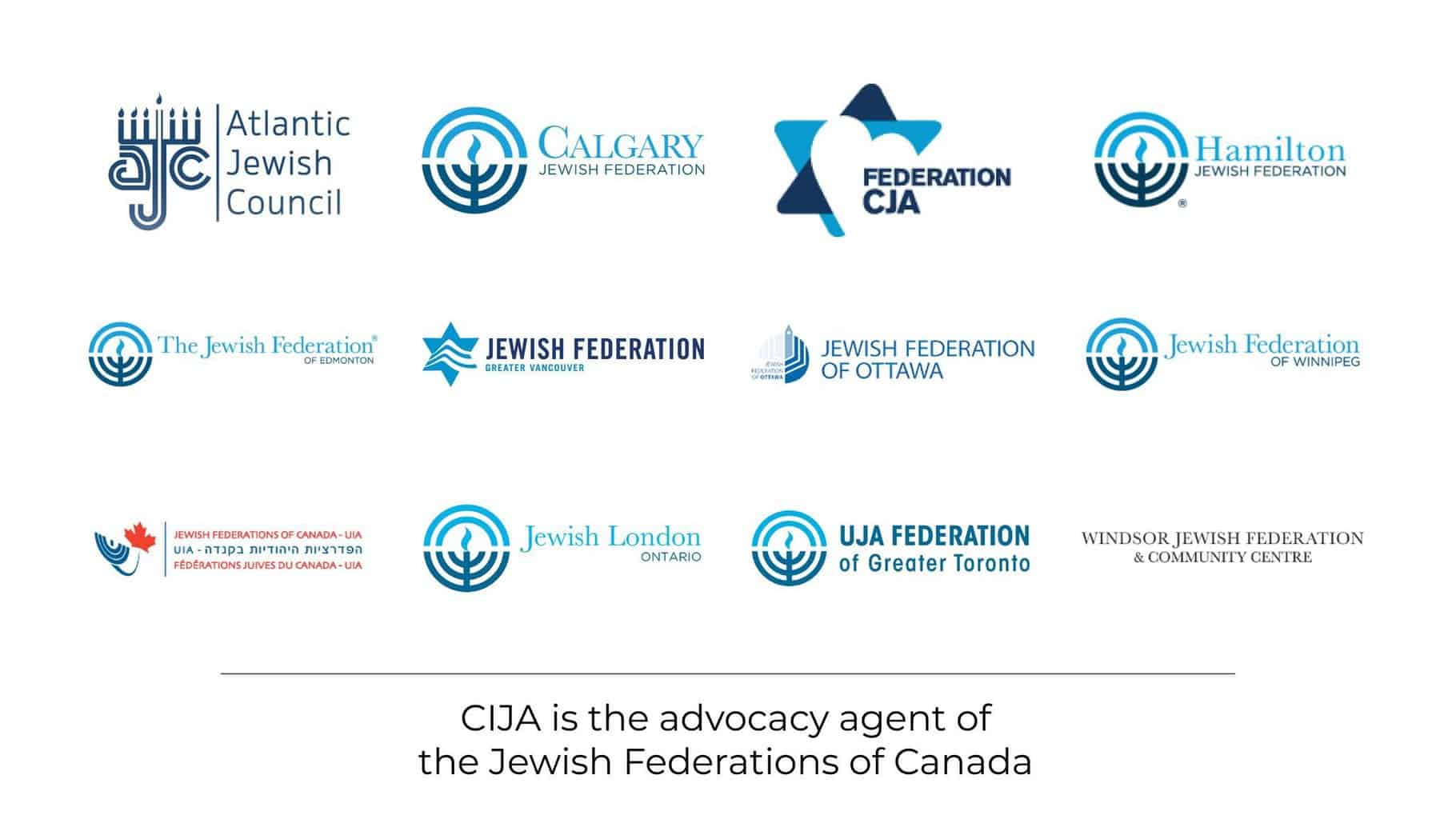