This is why, every year, CIJA monitors Al-Quds Day in Toronto – an annual protest calling for Israel’s destruction. We first exposed the protest as a hotbed of antisemitism in 2011. Two years later, we filed a criminal complaint when a speaker called for the killing of Israelis in Jerusalem.

This year, we’re ready for Al-Quds Day. Here is what we’re doing:

1) As part of our ongoing dialogue with law enforcement, UJA’s Security Team has been in contact with Toronto Police Service to underscore our concern for the potential impact of events such as Al-Quds day on our community’s security. The Toronto Police are receptive to our concerns and are prepared to respond to any criminal activity arising from Al-Quds day, including hate-based offences. We encourage the community remain vigilant and to report any suspicious behaviour to police.

2) We have raised this matter directly with the Solicitor General of Ontario, asking the government to take every reasonable measure against the protest – including making sure that those who violate the law are held accountable.

3) We are in ongoing communication with the City of Toronto at the highest levels. We are continuing to urge the city to set a clear policy – backed by serious fines – to prevent hate activists like those behind Al-Quds Day from using our city’s parks and squares to promote antisemitism and other forms of hate. 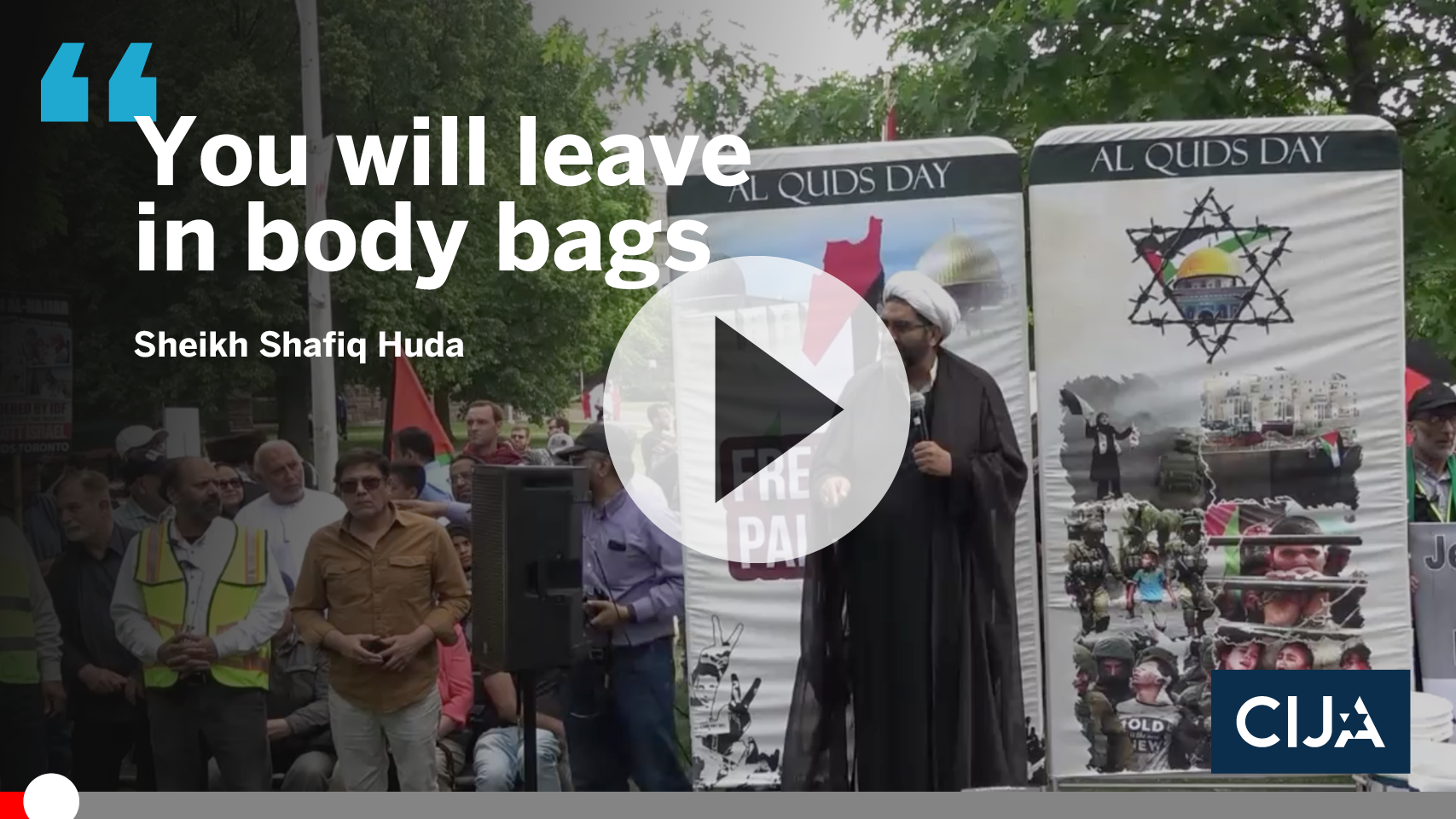 Our community is resilient – and we are not alone in the fight against antisemitism. Elected officials from across the political spectrum have rightly condemned this hateful event, including Premier Doug Ford, MPP Roman Baber, Mayor John Tory, MPs Michael Levitt and Marco Mendicino, and City Councillor James Pasternak. We will not allow the radical activists behind Al-Quds Day overshadow the fact that the vast majority of our neighbours in the GTA reject antisemitism.

We will provide any necessary updates over the weekend (after Shabbat) on Facebook and Twitter – so be sure to follow us. Please do not hesitate to connect with us if you have any questions or suggestions.